Perhaps because the letter G was a latecomer to the alphabet — all the other letterforms were firmly fixed by 8BC — the G remained an amorphous character. Formal inscriptions aside, there were many ‘acceptable’ letter G variants, often within the same carving or manuscript: variously named the the ‘square G’ (the classic ‘Trajan’ form), the ‘involute G’ (the final swing curls in on itself in a spiral), the ‘bearded G’ (the final swing terminates in a curve underneath the letter) and, a rare and curious C/G ‘offspring’ form. More of that later. 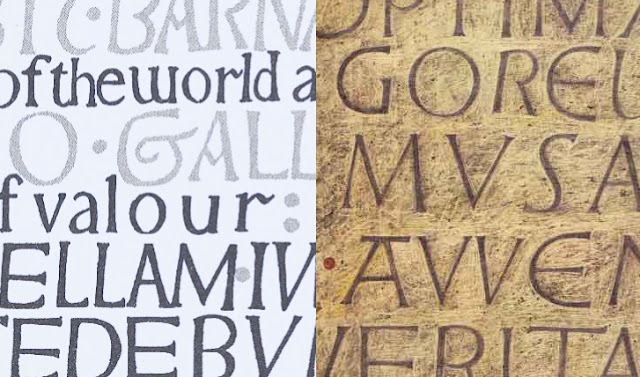 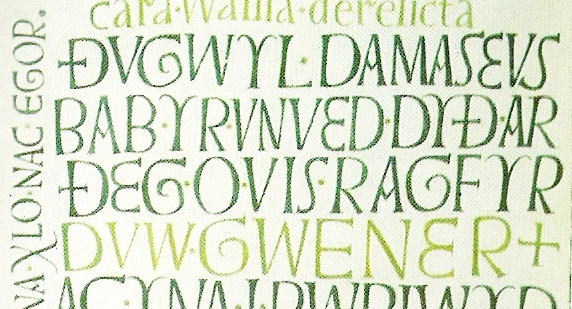