This, from Juliet Shen, type designer and graphic designer working in Seattle.

The small letter gee is close to my heart.
It’s endowed with unique anatomical parts. It succeeds in flaunting its personality to a degree considered to be poor taste among other minuscules. It doesn’t toe the baseline like its siblings. Here are some of the quirky gees that I love, from the early American Type Founders Company (ATF) specimen books (1895, 1906). I think they have a lot of attitude.
In fact Gee was a bit of a cuckoo in the nest. When it joined the alphabet family, it took seventh place from a letter that waited another two centuries to be reinstated, in last place. So you could say Zed has hard feelings towards Gee, but it’s quite obvious from its flippant ear that the feisty minuscule offspring of the usurper could care less.

The small letter gee gave me the courage to design my first font. I thought that 25 years of designing with numerous typefaces would prepare me to design a font, but experience turned out to be a handicap. I couldn’t think of a reason to add another typeface to the pantheon, and certainly didn’t see how I could improve on existing fonts. Then I discovered Adtype in the 1906 ATF specimen book. Look at that gee! I believed I could do better.


Okay, so it wasn’t that easy to design my own gee. Here are just a few of my first attempts, and none of these made it into the final version of Bullen, now in the Font Bureau library. But look closely at my efforts and you’ll see Adtype genes at work. 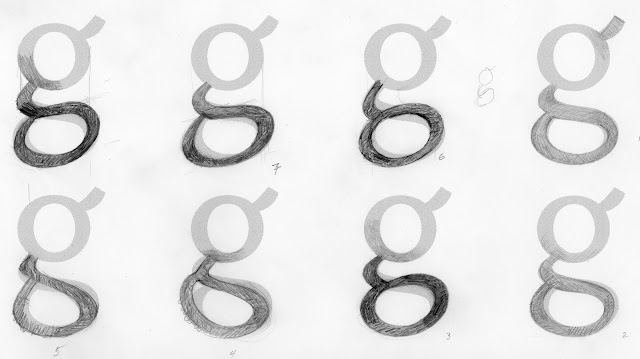 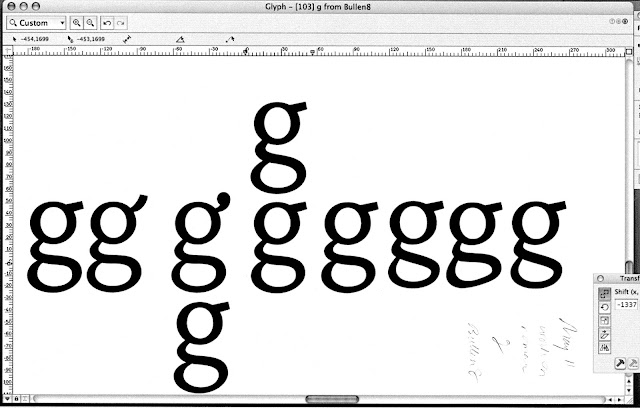 Years ago a therapist told me I could improve my own attitude either by taking Prozac or taking daily walks around Green Lake, Seattle’s popular urban pond (same effect on the brain, apparently). I chose the outdoor cure, and that led to a series of small “letterscapes,” landscapes made from single letters. Here’s to you, gee.